Coastal erosion: A green wall for protection and for profit

Let us forget the communal strife in Orissa for a moment and look at a natural calamity the state faces repeatedly. Frequent tidal waves and the soil erosion caused by them endanger the lives and properties of lakhs of people along the 480km shoreline of Orissa.

IIT Chennai and some other agencies are studying this issue and have reportedly submitted some preliminary recommendations. In the meantime, the Orissa Government has approached the Central Government for financial support for a Rs.7000 crore project to save the coastal villages from the ravages of the sea. The main focus appears to be on building protective walls along the shore.

There could be a far cheaper, more effective, eco-friendly and profitable project to prevent soil erosion. My suggestion is to try planting Morinda citrifolia (Noni) along the coast. This plant, which is endemic to , is unfortunately on the endangered list now.

How do plants prevent soil erosion? When rain water runs off to lower levels or waves recede to the sea, they carry away loosened soil with them. The stems of trees and the roots mitigate the erosive force of flowing water, thereby preventing soil being carried off. The native plants are best suited for this.

Significantly, Morinda citrifolia (Noni) is also known as Indian mulberry and Beach mulberry. It tolerates saline and secondary soil, can withstand drought conditions and grow well on sandy beaches. It can attain a height of up to 20 feet and serve the dual purpose of preventing soil erosion and acting as a windbreaker. Normally stem cutting is used for propagation. The planting distance is about 15 feet apart. Once introduced, it will start growing wild. 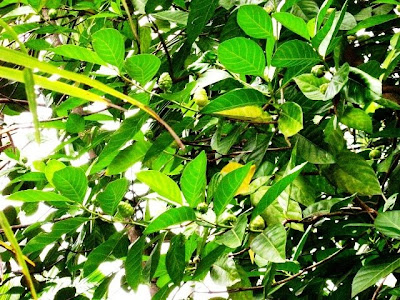 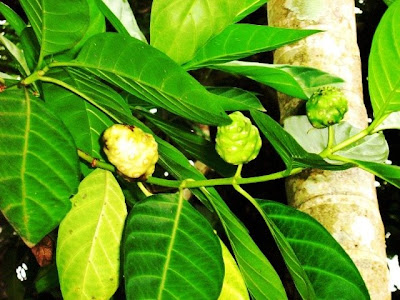 in the coastal belt of Kerala.

The benefits of planting Morinda citrifolia are not confined to protection from coatal erosion. It is actually considered to be a wonder plant with immense medicinal values. has known that for thousands of years. But the Western countries started taking note of this gift of nature only in the 1990s.

And, in less than two decades, the Noni (Morinda citrifolia) products, particularly the juice made from the fruit, has turned into a business that is worth billions of US dollars! By planting Noni along the coastline the country can, apart from preventing soil erosion, capture a major chunk of the fast-growing Noni market.

Additionally, greening such a large area would help in reducing the carbon levels. And, it does not take long to feel the impact. Noni starts yielding in 18 months and has a productive life span of around 40 years!

The only negative point is that during flowering time the plant emits a foul smell.

Why not give it a try, at least in small stretches?

Read more about the plant at::